Placer County Farm BureauSupporting Agriculture for Over One Century 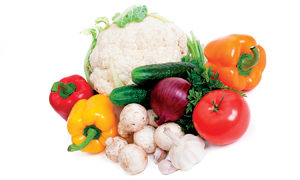 Unfortunately the 2021 Harvest Hoedown Event has been cancelled.

Be sure to check back for replacement events coming this Winter and Fall!

With wildfires roaring through the western United States, a U.S. Senate subcommittee will consider a bill tomorrow that would implement a variety of wildfire-mitigation projects. A coalition of 13 Western state Farm Bureaus and the American Farm Bureau Federation urged support for the bill today, as a means to address the region’s catastrophic wildfire crisis.

“As evidenced by the over 6 million acres currently burning in the West, our forests are at extreme risk for reoccurring, catastrophic wildfire,” the Farm Bureau coalition said. “Backlogs in adequate management, coupled with drier, hotter conditions, have resulted in unhealthy, overly dense forests.”

The Farm Bureau coalition wrote in support of the Emergency Wildfire and Public Safety Act of 2020 by Sens. Dianne Feinstein, D-Calif., and Steve Daines, R.-Mont., which is scheduled to be heard tomorrow by the Senate Committee on Energy and Natural Resources Subcommittee on Public Lands, Forests and Mining. A companion bill has been introduced in the House by Reps. Doug LaMalfa, R-Richvale, and Jimmy Panetta, D-Carmel Valley.

Farmers and ranchers across the West are “greatly impacted” by recurring, catastrophic wildfires, the Farm Bureau coalition said. First and foremost, fires create a risk to people—farmers, their employees and rural families—but fires also harm crops and livestock through flames, smoke and ash. The Farm Bureaus said the Feinstein-Daines bill would expedite forest management, accelerate post-fire restoration and reforestation, and remove hazardous fuels from national forests.

“Our organizations believe that increasing the pace and scale of forest management activities, including mechanical thinning and controlled burning, reduces the threat of catastrophic fire, protects lives and communities, and helps safeguard Western natural resources and economies,” the Farm Bureau coalition said. “We are also very supportive of the provisions in the bill that would streamline permitting processes for hazardous fuels reduction projects and post-fire recovery efforts.”

The California Farm Bureau Federation works to protect family farms and ranches on behalf of nearly 34,000 members statewide and as part of a nationwide network of nearly 5.6 million Farm Bureau members.